Another title for Niamh Coveney

Congratulations yet again to Niamh on winning the National Indoors Doubles Title with Grainne O Neill in Dublin yesterday.

Seeded 2 in the event, they were never really pushed, even in the final where they beat 2 current players on scholarship in the States on a scoreline of 6-3, 6-3.

Well what a year it's being for Cork tennis!

As I sit here with courts just re-opening after the snow, I look back to a very active year for tennis in Cork.

We have had loads of very successful open tournaments, two winning interpro teams packed with players from Cork, internationals at all levels, Irish Open Champions, new courts laid in some clubs and plans for more work in others.

So where to start?

Well firstly let me start by congratulating and saying a big thank you to all volunteers in all clubs who give their time freely to run tournaments, help organise events and generally just give a hand in the day to day running of our clubs.
I had first hand experience of this, when running my own clubs' open tournament this year.  The amount of people that were willing to pitch in and give a hand made me very proud to be associated with such a crowd.

Next I want to mention the coaches, yes, it is their job, but they do so much to promote and make tennis enjoyable for all involved and thankfully, at long last, are producing players of a very high calibre.

This year the junior scene in Cork was very strong.  I mentioned in an earlier post Bishopstowns Academy and the success they have had, Whitechurch are another club with a very promising junior section and also have players on Munster squads, so this will definitely be a club to watch in team competitions for the coming year.
Rushbrooke are very lucky with the strength they have currently in the junior section and this showed again this year with a lot of their juniors winning open tournaments, doing very well in National events and then having 2 of their juniors picked to represent Ireland in the recent Four Nations, Rachel Daly and David Gardiner.
Well done to all the juniors and keep working hard and who knows soon Cork will be the main provider for all Irish teams.

The senior scene is very active both socially and competitively with more than 500 players taking part in open tournaments across the county.  It is a long season for the seniors but none the less very enjoyable and competitve.  The season starts at Easter in Rushbrooke and finishes in September with Bandon.  And looking at the tournament results for the year, there are a  few recurring names but also a good spread of winners across the clubs.
This lead me to design a points system for next years tournaments where by each winner and finalist will receive points and at the end of the year the top man and top woman will win a full Babolat tennis kit, rackets included.  For more info click here.

Some of our top seniors had success in various opens around the country this year, in particular Niamh Coveney, who had an amazing year.  She was firstly selected to make her Federation Cup debut in Egypt, then was part of the Senior Interprovincial winning team, where she lead from the front and to cap off the year was again selected for Ireland in the Four Nations in Cardiff.  She was joined on this team by Jamie Blake who made his Irish debut.  Jamie's was a well deserved selection and recognition of a fine year in which he too helped the Munster Senior Interpros to victory in Dundalk.

Finally the vets!  Whoever said you mellow as you get older never played Vets tennis.  This is as, if not more competitive than any senior event I have ever played in.
We had internationals, double National title winners, a winning Interprovincial team and a competitive circuit that the ATP would be proud of.
Congratulations must be passed on to Grace Reidy and Liam O Brien on representing Ireland in the World Championships in Mexico, to Ann Naughton and Un Ryle with their two National titles and to those four and all Cork players who were part of the winning Interpro team in Belfast this year.

Tennis is fine and healthy in Cork and let's hope it grows stronger in 2011.

One person I have to thank is Derek Lane and his camera for providing some fabulous and very entertaining shots over the course of the year.  The hairbrushes' and make up were out more than ever this year and it showed, well done boys, so hopefully the girls will make an effort next year.

Thanks to everyone who contributed to the blog in 2010 and your thoughts and articles will be greatly appreciated in 2011.
Posted by Rob at 28.12.10 No comments:

Congratulations to Rachel Daly, winner of the girls U-16 National Matchplay Title.
After 4 gruelling matches Rachel came out on top and finished off a great year in style.
Also this year Rachel success in various open tournaments both in her own age group and the one above, she was selected as an Interpro and then represented Ireland in the Four Nations in Cardiff.
Let's hope 2011 is as successful at least.
Posted by Rob at 28.12.10 No comments: 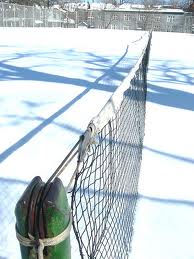 The National Junior Matchplays are on in Dublin this weekend and some of our top juniors have braved the weather to test their skills against the best of the rest.

To monitor their progress over the weekend, click here.
Posted by Rob at 18.12.10 No comments: 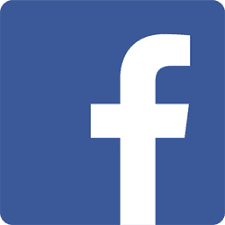